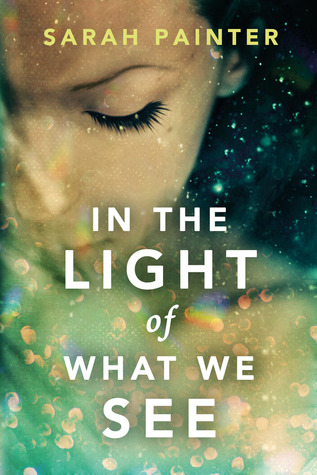 Brighton, 1938: Grace Kemp is pushed away by the family she has shamed. Rejected and afraid, she begins a new life as a nurse. But danger stalks the hospital too, and she’ll need to be on her guard to avoid falling into familiar traps. And then there are the things she sees…Strange portents that have a way of becoming real.

Eighty years later, Mina Morgan is brought to the same hospital after a near-fatal car crash. She is in terrible pain but recalls nothing. She’s not even sure whom to trust. Mina too sees things that others cannot, but now, in hospital, her visions are clearer than ever…

Two women, separated by decades, are drawn together by a shared space and a common need to salvage their lives.

I know you should never judge a book by the cover, however, this cover is beautiful and totally swayed me when I was hunting for a book to request of NetGallery!

Mina – Its the present day and Mina, who is a radiographer at the hospital gets injured in a car crash and has temporary memory loss.

Initially it appears the two women are very different but as the stories progress they both have similarities and become almost connected.

I loved this book, I like the alternate chapter arrangement of the two characters, I was quickly hooked and ended up reading the last half of the book in one sitting as I was eager to find out what happened! 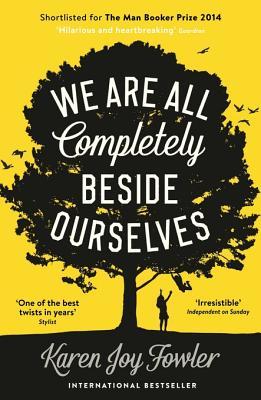 Rosemary’s young, just at college, and she’s decided not to tell anyone a thing about her family. So we’re not going to tell you too much either: you’ll have to find out for yourselves, round about page 77, what it is that makes her unhappy family unlike any other.

Rosemary is now an only child, but she used to have a sister the same age as her, and an older brother. Both are now gone – vanished from her life. There’s something unique about Rosemary’s sister, Fern. And it was this decision, made by her parents, to give Rosemary a sister like no other, that began all of Rosemary’s trouble. So now she’s telling her story: full of hilarious asides and brilliantly spiky lines, it’s a looping narrative that begins towards the end, and then goes back to the beginning. Twice.

It’s funny, clever, intimate, honest, analytical and swirling with ideas that will come back to bite you. When you’re telling a friend about it, you do decide to spill the beans about Fern – it’s pretty hard to resist – don’t worry. One of the few studies Rosemary doesn’t quote says that spoilers actually enhance reading.

I downloaded this book a year ago and it has been sitting on my Kindle untouched, I started it recently as am trying to read my existing books before I buy more! I was apprehensive about reading this as it has mixed reviews and a few of my goodreads friends had rated it low.

This is the story of three siblings, two (Fern and Lowell) who go away and Rosemary who is left to tell the story of their life together and apart. It’s quite a complex story, yet at the sametime an easy read to get absorbed into.

I was hooked as soon as I started reading this book, I didn’t know the twist before I started reading and guessed a few things but was totally wrong. I can’t deny I got that part of the book and thought “WHAAAAATTTT??? Nooooooooo!” and was surprised and slightly put off initially, but then I got over it and was eager to find out what happened, after that I couldn’t put it down. 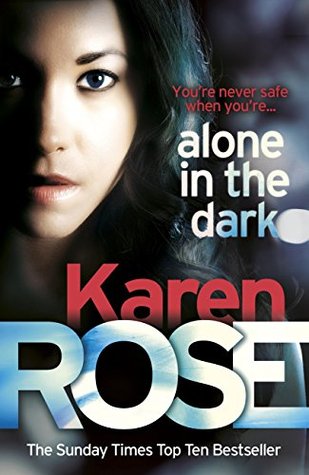 In ALONE IN THE DARK, Karen Rose – the Sunday Timesbestselling author of CLOSER THAN YOU THINK – returns with a breath-taking new novel in the Cincinnati series – would you cross the line between danger and desire, justice and revenge? A desperate hunt to find a young girl’s killer is about to turn deadly…

Former Army Ranger Marcus O’Bannion and homicide cop Scarlett Bishop have met only briefly but when Scarlett receives a phone call in the middle of the night, she immediately recognises the hauntingly smooth voice asking her to meet him in one of Cincinnati’s roughest areas.

On arriving, Scarlett finds the body of a seventeen-year-old Asian girl and Marcus injured. A fierce champion of victims’ rights, Marcus claims the young woman was working for an affluent local family and the last time he saw her she was terrified, abused, and clearly in need of help. Having agreed to meet her, both Marcus and the young woman were targeted for death.

As they investigate, Scarlett and Marcus are pulled into the dangerous world of human trafficking where they soon realise they are going to have to become as ruthless as those they are hunting.

Because if they don’t, how many other girls may end up alone in the dark?

I was introduced to Karen Rose by a friend and started with “Closer than you think” which was the first book in this Cincinnati series and I loved it. I then tried a few of her other books but found them a little bit too gruesome!

I decided to try again when I saw that this,  the second book in the Cincinnati series, had been released. I was initially skeptical about how Karen Rose could match Deacon and Faith’s romance in the first book, but she did. Deacon is quite a prominent character in this series and Faith crops up here and there, however the main romance this time is between Faith’s cousin Marcus and Deacon’s partner Scarlett.

I would say this book although gruesome in places is slightly less so than the first, which for me was a good thing and kept me gripped throughout. The story follows on from the first book well, but I think it could also be read as a stand alone book without too much confusion.